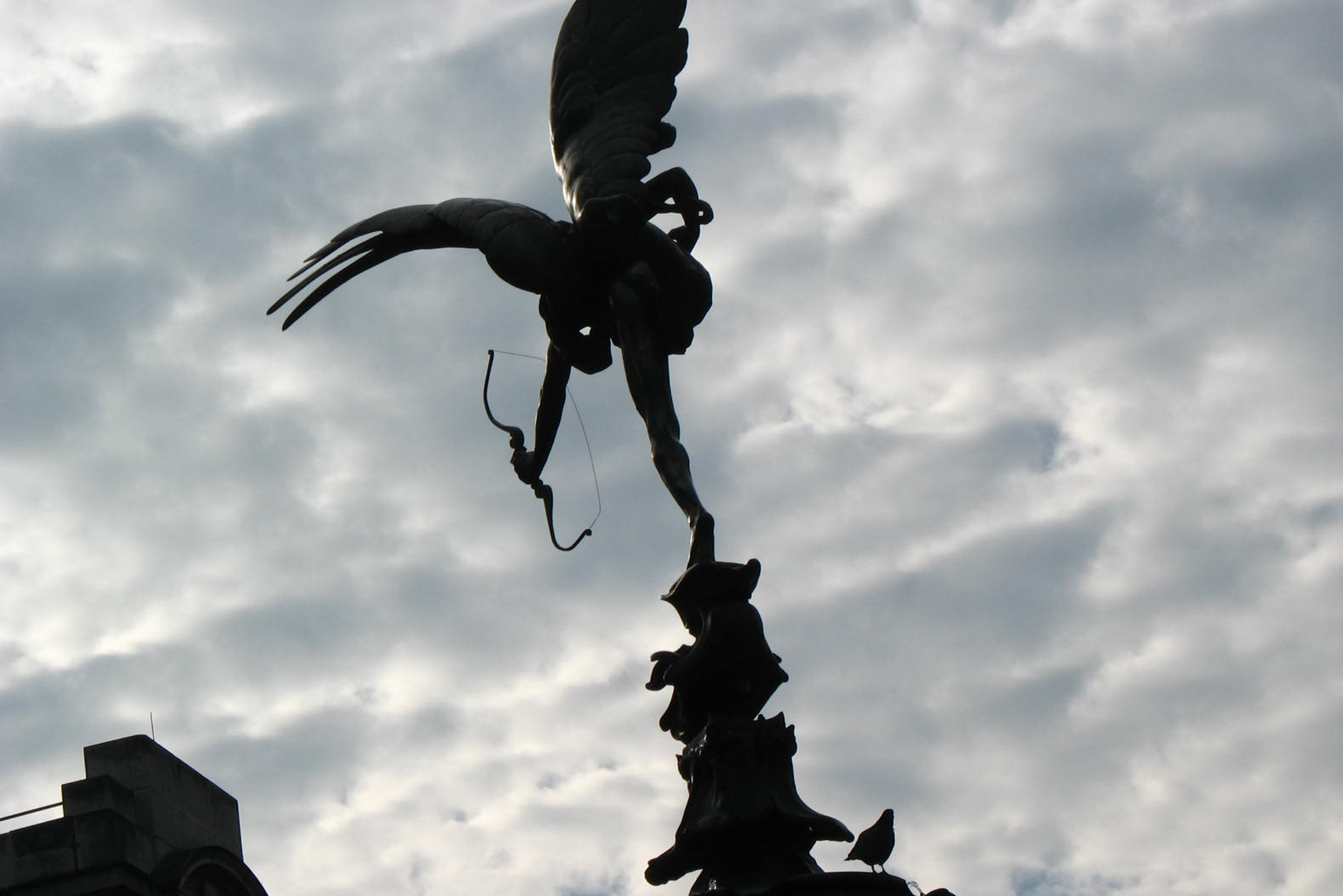 Statistics on divorce and loneliness have been on the rise during modern times. More troubling even is the fact that when looking around there is small evidence of couples- married or not- who are truly satisfied in their relationship, enjoying each other for a longer period than just a few months or, in some more fortunate cases, years. One may actually say that the rise of happy singles is quite an indicator of how ‘unattractive’ couples have become lately. (“Going Solo: The Extraordinary Rise and Surprising Appeal of Living Alone” Eric Klinenberg, is a book about this relatively new social trend.)

Does the notion of ‘free love’, which has long ago become mainstream in our societies, have something to do with the suffering and lack of fulfillment experienced by many couples these days?

Could the reductionist approach of love of our postmodernist times- reducing love to feelings and sex to a purely physical act- be the cause of all these statistics affecting our contemporary world?

Some bestselling authors of our times seem to agree in responding affirmatively to both questions. Each provides different insights but says more or less the same thing: as in all other areas of life, what one believes to be true determines much of one’s experience. What one believes to be true about love determines the satisfaction, quality and fulfillment one gets through it. And how long they last.

Is love more than feelings? Is sex more than a physical act?

GK Chesterton, English philosopher and writer of the 20th century, said “Nowadays, they have invented a new word that is a black and white contradiction in 2 words: ‘free love’…  As if a lover had been, or ever could be, free. It is the nature of love to bind itself, and the institution of marriage merely paid the average man the compliment of taking him at his word…”

Commenting on the above quote, Ravi Zacharias, in his book ‘Can man live without God’, added that what passes for love today seems more like self-gratification or indulgence and associates this with the habits of our “disposable” society. Both authors believe that commitment is a key ingredient of true love, the type of love that fulfills soul, heart and body and that the essence of love is to ‘bind itself’, meaning to honor its engagements. So when one ‘consumes’ love disregarding this aspect, the results are not just harmful for the partner but they also appear to lead to one’s own impoverishment.

A similar idea comes across from Philip Yancey’s book “Rumors of another world” when he describes modern society’s view of sexuality as “schizophrenic”. “Never sex has been so disconnected from personal relationship. But the attempt to reduce human sex to a merely animal act, however, runs into unexpected problems.”

He explains why for humans, unlike for sheep or chimpanzees, sex involves more than bodies. And why relationship is key, human sex being an expression of soul intimacy, a characteristic that differentiates human beings from animals.

“Some people (usually men) try to treat sex as an animal act. In a scene from the movie ‘A beautiful mind’, the brilliant but socially inept mathematician John Nash approaches an attractive woman in a bar ”Listen I don’t have the words to say whatever it is necessary to get you into bed so can we just pretend I said those things and skip to the part where we exchange bodily fluids?” He learns quickly from the imprint of her palm on his face that reductionism does not work well as a pick up line.

…When people truly act out their animal natures, society frowns in disapproval. John Nash gets slapped for telling what he thinks. A few states in the US allow legalized prostitution but no parents encourage their daughters to pursue such a career. Hollywood may glamorize adultery on screen but in real life it provokes pain and a rage sometimes strong enough to murder the rival or jump off a bridge.”

Another proof of human sex deep implications can be found when listening to rape victims and their counselors who unanimously agree that in all cases the real violence occurs on the inside and leads to years of depression, nightmares, memory loss and sexual dysfunctions. Victims testify that something far more than a body gets hurt, decades later the suffering persisting.

Yancey concludes “Sex may engage our bodies, but unlike such bodily functions as excretion, sneezing, and burping, it also touches our souls- as tenderly, and as precariously, as they can be touched.”

Love may start with feelings but is in essence significantly more.

Yes, romantic love most often starts with feelings of physical attraction and/or emotional attachment but for love to remain a source of fulfillment it must be carefully nurtured to become the soul fulfillment it is meant to be. It’s quite an ironic paradox of life that the more the physical attraction is used the more it fades. Unless the emotional, intellectual, spiritual attachments grow and become its inspiration.

“We fall in love only when we are consciously or unconsciously sexually motivated. The second problem is that the experience of falling in love is invariably temporary. No matter whom we fall in love with, we sooner or later fall out of love if the relationship continues long enough. That is not to say that we invariably cease loving the person with whom we fell in love. But it is to say that the feeling of ecstatic lovingness that characterizes the experience of falling in love always passes. The honeymoon always ends. The bloom of romance always fades.” Psychiatrist M. Scott Peck

In his same book, the bestseller “The Road less travelled”, when talking about the notion of love, Scott Peck defines real love as the “will to extend one’s self for the purpose of nurturing one’s own or another’s spiritual growth”, the latter also resulting in one’s own spiritual growth. For Peck, love is intimately associated with self-discipline rather than with passion or feeling, uniting love of another and of self. Peck rejects the myth of romantic love, as well as other forms of ‘love’ like dependency (which does not foster growth of the other) and self-sacrifice (which can be a masochistic tolerance of abuse).

For him love requires hard work. It is attentive, courageous, and willing to risk loss, independence, commitment, and confrontation.

Mystery and paradox within marriage

It is said that part of the mystery of marriage is that one can never exhaust the uniqueness and otherness of one’s partner.  Along with growing familiarity, marriage brings a growing sense of the strangeness and unknowability of one’s partner. As Mike Mason wrote in his book ‘The mystery of marriage’, “there is just something so purely and untouchably mysterious in the fact of living out one’s days cheek by jowl under the same roof with another being who always remains, no matter how close you manage to get, essentially a stranger. You know this person better than you have ever known anyone, yet often you wonder whether you know them at all.”

In his view, our natural tendency is to treat people as if they were not “others” at all, but merely aspects of ourselves. Yet in a loving marriage, we cease to be the centre of our own universe. The very purpose of marriage is to draw us beyond ourselves, to “get us out beyond our depth, out of the shallows of our own secure egocentricity and into the dangerous and unpredictable depths of a real interpersonal encounter”, that is why marriage is so disturbingly intense and disruptively involving. “Angering, humiliating, melting, chastening, purifying, marriage touches us where we hurt most, in the place of our lovelessness.”

The same author adds that marriage is one of God’s most powerful secret weapons for the revolutionizing of the human heart. “It is a heavy, concentrated barrage upon the place of our greatest weakness, which is our relationship with others.”

Yet, when confronted with the consequences of their beliefs about the notion of love, most people behind those sad statistics often end up blaming anything they can- the others, themselves, circumstances or simply limit their conclusion to the classic ‘we grew apart’. One has to wonder what would happen if instead they would devote themselves in understanding their own views on love and maybe start working on them. Since love seems to reveal who we really are, in all our glory and weaknesses, this type of knowledge oriented process could turn up quite enlightening. 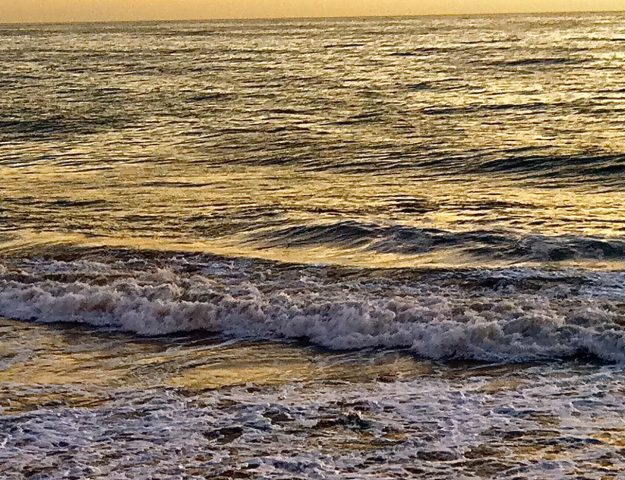 Unaware of our unawareness

An eternity being wrong?

On lack of separation church/state

3 – Not a religion of peace